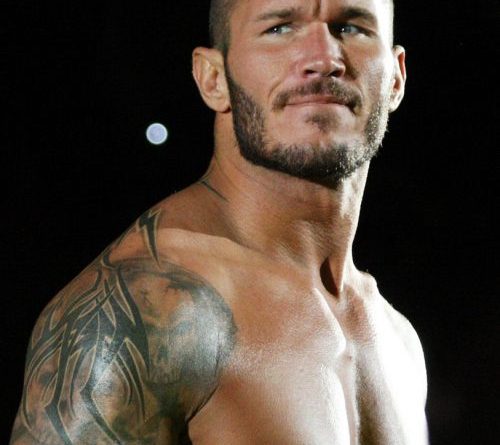 KANSAS CITY, MO — Vince McMahon has made the call to bring Randy Orton’s unborn son, Jimmy, to the main Raw roster. As part of the move, Jimmy will bypass WWE’s developmental system (known as Ohio Valley Wrestling) and begin on television as soon as possible.

The decision comes as no surprise to industry observers, who for years have stated that WWE brings in developmental talent many years before they are ready to be in the national spotlight.

Wrestlers with real potential such as Matt Morgan, Chris Masters, John Cena, MNM, the Heart Throbs, Gene Snitsky, Tyson Tomko, Marty “Boogey Man” Wright, John Heidenreich, Mordecai, and Orlando Jordan are all examples of this mindset, most of which failed miserably on the main stage.

Still, many were shocked WWE would bring someone up who has yet to be conceived, let alone born.

“That’s news to me, since not only am I not married, I’m not even seeing anyone seriously. I’m not expecting to be a father any time soon, if at all. I’m using my time in the spotlight to chase tail. I use condoms and have discussed getting a vasectomy with a few doctors. And now, all of a sudden, WWE’s got the rights to my kid? I don’t even have a kid! And they’ve already got a name for him: Jimmy. What the Hell!”

Defiant, Vince McMahon insisted Jimmy come on board. In fact, vignettes have been filmed and will be shown on Raw shortly to debut Jimmy Orton’s wrestling character.

“We’re confident that Randy’s superior genes, when mated properly, will spawn a superstar,” said McMahon. “Randy’s father Bob is a WWE Hall of Famer, and his grandfather is a legend as well. Randy himself is already well on his way to legendary status. This means Jimmy has worlds of potential here in WWE.”

Wheels are in motion to find a breeder for Randy, someone who Linda McMahon said will be “Tall, athletic, dark, muscular, and agile.”

There has already been talk that Linda Miles, a former WWE diva released last year, will be mated with Randy to produce Jimmy. But Randy, however, has no plans to produce a son for WWE.

“With all due respect to Ms. Miles,” said Randy, “if she thinks she’s getting porked by the Legend Killer, she’s sadly mistaken. Look, I’m enjoying being single right now. I’m not saying I’ll never have a son someday, but if I did, I can’t guarantee I’d let him be a wrestler. This business is dangerous and addictive.”

Not only that, says WWE icon Mick Foley, but there is no guarantee Orton and Miles would produce a male anyway.

Foley, a man of strong family values, is appalled by WWE’s plans for Jimmy.

“Never in my life have I heard something so sick,” Foley said when reached by phone.

“WWE is basically pimping and breeding its stars of tomorrow. They’re showing Jimmy’s vignettes on TV already, which is way premature. In a best case scenario, Randy and Linda mate, which could take a couple months. Add another 9 months for birth, assuming everything goes right. If they have a girl, then add in another year for a second pregnancy. Add another 18 years for Jimmy to finish school. Add another 4 years for college and/or training at OVW. So you’re talking about vignettes to introduce a guy who is at least 23 years away from being ready. Am I the only one here who thinks WWE is rushing things a bit?”

McMahon said the offer comes with a contract loophole that will give them the rights to raise, school, and feed Jimmy privately, including massive quantities of anabolic steroids and human growth hormone to speed the aging process. McMahon is also hopeful that Jimmy could be ready as early as his teen years.

“Terry Gordy was 14 when he started wrestling, as were many of the Hart brothers,” he said. “Benoit was 18, and look how he turned out. Rene Dupree is barely old enough to drink, and Chris Masters isn’t far behind. We here in WWE like ’em young, and Jimmy’s as young as they come. He hasn’t been born yet.”

The calls to bring up talent way too soon come as a direct slap in the face to OVW wrestlers who have been waiting years for the opportunity to get called up.

“I was called up years after I was ready for it,” said Nick Dinsmore, who wrestles as Eugene for WWE.

“But because I don’t have a physique like Masters or Dupree, I waited. Rico Costantino, the Bashams, Johnny Jeter, Rob Conway, and even indie guys like Chris Daniels, AJ Styles, and Samoa Joe. They are all capable of getting over in WWE, yet they sign these big goofs who do have potential, but are many years away from being ready. This Jimmy Orton thing is another example of that.”

As a back-up plan, WWE has expressed interest in breeding “Cowboy” Bob Orton with Linda Miles if Randy decides he doesn’t want a son.

When reached for comment, the elder Orton was asked about the offer and said, “Sure. I’d stick my d*ck in pretty much anything these days.”

Despite Bob’s enthusiasm, McMahon is insistent that Miles mate with Randy.

“Bob is good, but Randy is great,” he explained. “Besides, Linda’s a tough lady, and she might just give the old man a heart attack if they did anything sexual.”

As for Miles herself, she is open to the idea. An OVW regular and basketball standout, Miles was also brought up to WWE way too soon, which thwarted her otherwise excellent chances at becoming a top-notch woman wrestler.

Miles does offer superior muscular genes and a lack of willingness to learn: two distinct qualities WWE values highly. When asked for her thoughts on Jimmy, she said, “If the price is right, I’ll mate with Randy. I always thought he was cute anyway. Cute enough to bear his child? Probably not, but again, if the price is right, I’ll do it. What’s 9 months out of my life?”

Vignettes introducing Jimmy Orton will begin airing on Raw on Monday. More on this story as it develops. 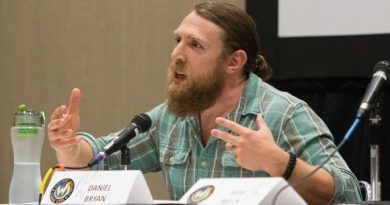 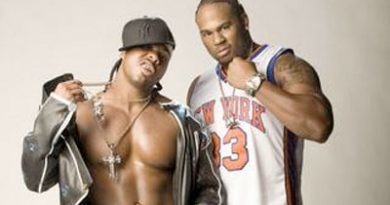 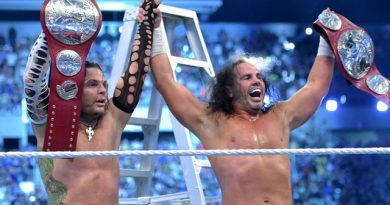