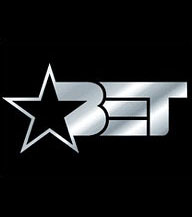 As part of the deal, TNA shareholders Jeff and Jerry Jarrett said they will attempt to “Blacken up” their product for the network, which is aimed primarily at the African American community.

But some industry observers said they were disgusted by the stereotyping of BET’s audience, while others credited it to the Jarretts being, “Southern hicks who are still stuck in the Civil War era,” proclaimed Pro Wrestling Torch editor Wade Keller.

Sure enough, some of the Jarretts’ plans do seem outdated and ignorant.

Jeff in particular is taking a risk by repackaging himself as “MC Double Jazzy J,” a white rapper who doubles as a professional DJ.

Dusty Rhodes, who was recently replaced as TNA’s head booker, has already changed his name to “Big Dust Doggy Dog,” and has tapped former WWE divas Miss Jacqueline and Jazz to play his sidekicks in the role Sapphire (Jaunita Wright) used to play when Rhodes wrestled for the WWF.

Jerry Jarrett, who was a star in the 1960s, showed himself to be rather out of touch as he attempted to be hip with his language in the latest TNA press release.

“TNA is here in the hizouse to raise the roof and shake down this mother,” said Jerry as he raised the roof with his hands. “We’re so off the hook it’s scary. WORD. We gots lots more pizzazz and bling bling than 50 Cent and Snoop Dog combined. Now dig that, playa.”

TNA’s younger fan base did not seem impressed by the actions of the wrestling group.

“Oh God this is so f*cking pathetic,” voiced Robert Johnson, a TNA fan who says he listens to rap and hip-hop.

“There’s nothing more pathetic than old Southern white men trying to be hip and acting the way they think African Americans act. They have no clue, no clue at all. Somebody tell them it’s not 1960 anymore. For some reason, wrestling is always stuck in the past, especially in the South.”

TNA’s new booking committee, which is now headed by Scott D’Amore, has said they are being forced to push African American wrestlers Monty Brown, Ron Killings, Elix Skipper, and D-Lo Brown to the top as headliners.

Explains D’Amore, “I have no problem pushing those guys, as they’re really all great talents with lots to offer. But that’s not why the Jarretts want to push them. They want to push them for other reasons, when deep down I know it kills them to do it. It sickens me that they just can’t push these guys on their own merits. Let’s just say Dusty Rhodes isn’t exactly a connoisseur on racial equality. Read between the lines.”

TNA recently failed to come to terms with Fox Sports Net, which had been carrying their “Impact” TV show for a year. TNA had hoped to land a deal with Spike TV or Superstation WGN, both of which fell through. With limited options, TNA chose BET.

BET once aired tapes from the Urban Wrestling Alliance, but the venture didn’t last long. The Jarretts hope TNA has a brighter future on BET.

“We’re gonna have a house DJ, to really mix in the beats and bring down tha house,” read the TNA press release, written by the Jarretts.

“We’re gonna bring in the hottest African American acts like Lionel Ritchie, Stevie Wonder, and BB King. We’ve got our finger on the pulse of Black America, and we’re gonna get busy busy with our bootie bootie. Now.. can… you… make… some… NOISE!!!!!!!!!!!!!!!!!!”

“What a f*ckin’ embarrassment,” noted TNA wrestler Konnan, who is known to follow hip-hop and comes across as current and happening with TNA’s younger audience.

“They see John Cena and think that’s what the streets are all about. The Jarretts wouldn’t know rap if it danced on their f*cking heads and played with their dicks. Watching TNA try to be hip on BET is like watching your old parents try to be hip with high school students. It’s gonna backfire man.”

“This is the end of TNA, and the end of any white guy who wants to get a push here. Rednecks on BET? It’s like mixing oil and water. Time to update my resume and make contact with Vinny Mac.”

“You still keep in contact with them? Oooh, tell ’em I wanna come back too,” asked Konnan.

“Me too,” said AJ Styles, Chris Sabin, Christopher Daniels, Abyss, The Outlaw, America’s Most Wanted, and the rest of the TNA roster. 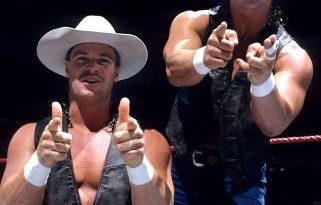 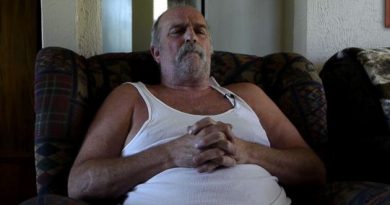 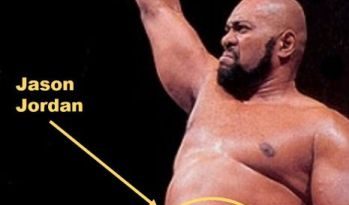