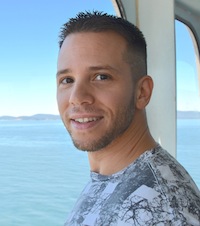 Bryan Alvarez, editor of Figure Four Weekly and co-host of Wrestling Observer Live, is one of the few people in wrestling with a sense of humor.

Instead of reading my silly questions and trying to answer them seriously, Alvarez knew how to pull this off.

Alvarez knows a whole lot about wrestling history, and has a quick wit to go with it. So sit back and enjoy picking the brain of… Bryan Alvarez.

1. First off, tell everyone where we can read your work and subscribe to your newsletter. This is plug-time, so plug away.

Well, the best place to go since everyone is online is www.wrestlingobserver.com. There is a big link at the top for Figure Four Weekly, and you can also click on any of the Figure Four Previews or any of the Figure Four Flashbacks for complete information. You can order with your VISA or Mastercard, check, cash, PayPal, and so forth. Also, if anyone has any further questions or can’t figure out the links, they can write me at Bryan@wrestlingobserver.com.

2. You have a day job, wrestle on the independent scene, write a weekly newsletter, co-host Wrestling Observer Live, help out with Meltzer’s website, and have a personal life. Where do you find the time, and how many hours of sleep do you get per night?

I don’t really have a day job, I only wrestle on the indy scene maybe three or four times total a month, Observer Live is two hours a week and I have no personal life. So I get at least eight or nine hours of sleep on a good night. It just sounds like more work than it really is. One weekend I got so much done that I tried, and succeeded, to sleep 24 hours total.

3. As an indie pro wrestler, you’ve spent lots of time in training. How is it that Bob Holly & Al Snow put the Tough Enough contestants through hours of painful drills and tell them pro wrestling is an ultra-tough biz, yet Shane, Vince, & Stephanie McMahon headline bloody PPVs and TV shows with little or no training and have matches of the same, albeit low, quality?

The McMahons just have great genetics.

4. Your newsletter is named, Figure Four Weekly. Give your opinion on the execution of the figure four maneuver by each of these performers:

Ric Flair: The greatest ever
Greg Valentine: Good
Buddy Rogers: Actually, I don’t think I’ve ever seen Buddy Rogers do the figure four. How pathetic is that?
Vince McMahon: Horrendous. But not the worst of all time, that would be Hulk Hogan.

5. We know Dave Meltzer makes a great, full-time living. Wade Keller probably does decent as well. From then on, are newsletter editors able to make a living writing, or do they have to work day jobs like former ECW Heavyweight Champion Mike Whipwreck used to?

I didn’t know Mikey Whipwreck ever wrote a newsletter. Maybe he’s the guy that did Wrestling Tribune. Since I am also an indy wrestler, I learned a valuable lesson early on — it’s not what you make, it’s what you save. Therefore, I do just fine.

6. What is your opinion on the several years ex-Eyada.com host and your former co-worker Chaunce Hayden has spent making an ass of himself on the Howard Stern Show?

A. It was great publicity for Eyada
B. He was a disgrace to the site and gave us a nasty rep
C. I feel bad for Chaunce since his garbage man gave him horrible-looking hair transplants
D. Eyada was doomed from the start and I’m lucky to have made money off them while it lasted

Actually, I never heard Chaunce Hayden on the Howard Stern Show, so I cannot answer. Also, I never really considered myself a “co-worker” with Chaunce because I never once visited the famed Eyada studios. But I did love that name, Chaunce Hayden. In fact, there is a guy at the Gold’s Gym that I work out at that does nothing but chest every day, five days a week, and he makes a lot of noise and drops the weights. He also grunts a lot. Anyway, for whatever reason I nicknamed him Chaunce Hayden, and now that’s the only name me and my training partner use for that guy. That story has nothing to do with anything, but if somebody hadn’t asked me in an interview about Chaunce Hayden I would have never been able to tell that story to anyone else, so I had to do it here.

7. You used to be a gymnastics coach. Al Bundy once stated on an episode of Married… with Children, that, “A gymnast isn’t an athlete! A gymnast is like a, like a, like a…. girl!!!” What is your response to Mr. Bundy, do you still teach gymnastics, and are there any gymnasts who have made it big in pro wrestling besides Shawn Michaels?

In wrestling, there is a term called “stretching”. There is no stretching more painful than having a gymnastics coach who outweighs you by one hundred pounds pushing you down into middle splits. It could make Stu Hart cry. I cannot say enough good things about gymnastics, because it helped with my strength growing up and gave me coordination that actually made learning basic wrestling pretty easy. I sound like I’m doing a milk commercial, but that’s the truth. I also bowl a lot, but I’m not going to argue that bowlers are athletes, because they’re not. Either are golfers.

8. In Lynnwood, you were quite the local wrestling star at the gym. Were you and your friends technical Dynamite Kid’s in training, or backyard wrestling nuts who broke light bulbs over your heads?

I think we could best be described as Bret Harts in training. We NEVER did that stupid stuff with lightbulbs and glass or anything like that. We had one hardcore match ever, and it involved two guys who weren’t even in our group to begin with. We also did two ladder matches, but both were pretty safe. I think we did two table spots total in like five years. The rest of the time we did stuff like small packages and sunset flips and figure fours.

9. Do you believe Steve Austin’s walkout was unprofessional, and if you were Steve, what would be your next career move?

Yes, it was unprofessional. I wouldn’t have walked out, so I don’t know what the Hell he’s going to do sitting at home. Great, he has all that money, but he sure will be bored.

10. In early 2000, when Nitro was about to move to an 8pm – 10pm timeslot, you urged WOL listeners to buy WWFE stock. How wrong do you admit you were, and did you lose any money as a WWFE shareholder?

Did I really? If so, I was damn wrong and I apologize profusely. Actually, it was probably good advice at the time. I think it was the XFL that really hammered it.

11. You’re a noted hater of the Russo wrestling philosophy. That said, are you eagerly anticipating or agonizingly dreading the debut of NWA TNA?

I’m dreading it like you wouldn’t believe. If I thought they had a chance, I wouldn’t dread it, but I know they’re dead, so I hate to have to sit there and watch it die. I did that with Thunder and Nitro and it pained me.

12. Which of the following was the biggest mistake?

They are all horrible, but, no joke, C will haunt me the rest of my life.

13. You’ve written some very funny stuff in your newsletter. Who is the naturally funniest pro wrestler you’ve ever heard?

Probably Buddy Wayne, the guy who trained me. He’s hilarious.

14. When people like Dusty Rhodes and Eric Bischoff do WOL, do they not know that Meltzer has blasted them in his newsletter for years, or do they simply not care?

They know I’m sure. But you have to understand wrestling. People who have hated each other for YEARS will work together again if they think there’s money to be made. If Bischoff agrees to come on the show, he obviously has an agenda he wants to push, so he puts personal feelings behind him. If someone didn’t have an agenda to push — even if it’s just to get their name out there again — and they didn’t like Dave, they wouldn’t do the show.

15. What is your all-time favorite episode of WOL?

Maybe some of the Tom Zenk shows or the Missy show. Even some of the shows with no guests were really fun.

16. How sick are you of repeat callers who call into every single show with nothing to say? You know who I’m talking about.

Then you know how I feel.

17. Who has the best natural body in the wrestling business?

Where am I on this list? Otherwise, Dave. He’s HYOOGE~!

18. What is the greatest match you’ve ever seen?

I couldn’t pick just one. But whenever someone asks me this question, Michaels vs. Undertaker Hell in the Cell also pops into my mind.

19. What is your favorite era in pro wrestling history, and why?

I didn’t live through all the eras, so it would probably be unfair for me to judge. Obviously the mid-90s were great because you had so much awesome wrestling on TV every single week, plus the international scene was hot as well. Being a fan of workrate and guys like Flair, I’d probably have loved the mid-80s NWA as well.

20. And finally, if you were to be offered a WWE developmental contract tomorrow, impressed everyone beyond belief, aced a TV taping tryout, and were offered a main spot on the WWE roster, would you accept the position if Vince Russo had just been given the book? (Editor’s note: This question was written before WWE hired Russo, but Bryan answered it after WWE hired Russo. And Russo was fired just days later.)

Funny you should ask that question today. The more I learn about pro-wrestling, the more I am sure that I never want to be a full-time pro-wrestler.

That is how to do a Pick My Brain interview. Thanks again to Bryan, and be sure to check out www.wrestlingobserver.com to subscribe to the Figure Four Weekly. 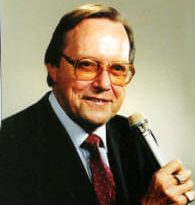 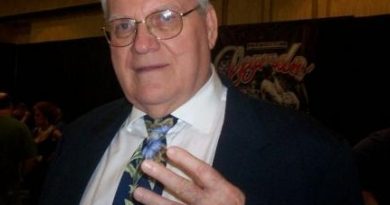