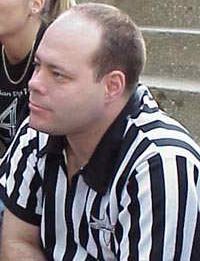 Because they have nothing to lose. He doesn’t work for some hotshot like McMahon or Bischoff who fire people who say honest things in interviews. Scott has no hotshot boss. Therefore, he can be like Gary Cappetta and spill all the beans in the world… and he’ll go unpunished.

For you teenage Raw fans who were in sex education when Nitro and WCW ruled the world, Scott Dickinson was a famous referee in WCW who used to be Chris Jericho’s “favorite” referee in a 1999 angle that was fairly entertaining. So sit back, relax, and enjoy as we pick the brain of Scott Dickinson.

1. First things first. Tell us all what you’re doing now and get all of your plugs out of the way.

I am working full time at the post office (like I always did). I work the occasional indy as a ref or a heel manager, whatever is going to get me the payday!

2. Your claim to fame is being a referee during the WCW glory days and being Chris Jericho’s favorite referee. Do you still remain friends with Jericho, or does he pretend not to know you any more?

Chris and I remain friends. We don’t chat or email much, but when he is in town he’ll leave me tickets and we’ll run into each other at a restaurant. He’s quite busy now.

3. You were somewhat involved with the whole Ralphus angle. Did the groupies for Ralphus look like, well, Ralphus?

Ha ha, the one experience I had seeing Ralphus with the ladies was hilarious. He was sitting with two attractivre women and the stories he told the next day were legendary-whether they were true or not???

4. Eric Bischoff was notorious for blowing off everyone except the main eventers. What were your experiences with Bischoff, and did he even acknowledge your existence?

My experiences with Bischoff were very limited. We had one meeting over my heel turn. They wanted me to “go postal” in uniform and all but I wanted a job when I went home so it didn’t work out. He usually didn’t give you the time of day but I think if I needed to speak to him he would have listened.

5. Help wrestling fans out with this one: How does one end up as a WCW referee?

I worked on the indy circuit for 8 years before I hit it with WCW. They were turning Nick Patrick heel so they needed another ref. I happened to call Kevin Sullivan at the right time I guess. We were friends from doing indys in the Northeast.

6. Were you even a wrestling fan growing up? If so, what did you watch and who were your favorites?

I was a fan most of my childhood. My two favorites were Bruno Sammartino and Don Muraco.

7. Did you foresee WCW’s downfall like everyone else, and did you start planning a backup career plan after the disastrous Nash-Hogan title change at the Dome in Atlanta started the business nosedive?

I was always part time so I was all set. Actually I think the downturn started when Goldberg lost his first match.

8. Seems to me that some referees are cursed. Joey Marella died in a car accident. Randy Anderson just passed away from cancer. Brian Hildebrand died of cancer as well. Tommy Young suffered a career ending injury. Are you at all scared about your fate?

9. Rate the skills of each of the following referees on a scale of F to A+:

All these guys are great refs-better than me! They have all been or were on top for years.

10. What was the best angle ever involving a referee?

I think the Hebner evil twin was the best and most surprising. Its been overdone since.

Earl did what he had to do under very tough circumstances.

12. One of the most famous Nitro moments was when the late, great Brian Hildebrand, at barely over 100 lbs, tackled a fan who hit the ring live on TV. What was it about Brian that made everyone say he was the nicest guy on Earth, and how did the boys in the back react to his UFC-like takedown that night?

Brian loved the business and respected everyone in it. That’s what everybody liked about him. One of the best times I’ve had was after a Knoxville house show which was “Mark Curtis Night” basically. Mike Tenay, Bobby Heenan and Tony Schiavone drove down from Atlanta to host the night and his old Knoxville friends Sandy Scott, Les Thatcher, Tim Horner, and Tommy Noe all spoke about him and then Ric Flair (who wasn’t on the card) came out and put him over like a million bucks. After the show Jericho, Malenko and Benoit and I all went over his house and it was one of the best times in my life. Brian was truly special.

13. Who had the biggest ego backstage?

Ralphus definitely had the biggest ego!

14. When you’re on a date and she says, “Let’s go home,” do you sometimes forget you’re off duty and pin her shoulders to the mat for a 3 count so the production crew can cut to a commercial?

No that’s never happened but I once tried to take one of the Nitro Girls home.

15. You were there; how out of control was Scott Hall’s drinking?

I didn’t see Hall’s problem in the back. Most of the guys who have problems keep it to themselves.

16. Would Kevin Sullivan and Chris Benoit make eye contact with each other backstage?

17. Tell us about the most brutal backstage fight you ever witnessed.

This was in the ring. It was an indy show before The Eliminators were famous but they had a beef with this one guy (The Intern) and basically beat the piss out of him in the ring until he wisely ran to the back and got into the fetal position!

18. Are you related to Iron Maiden lead singer Bruce Dickinson?

Nope sorry no relation-he was pissed when I became the most famous Dickinson though-lol!

19. How annoying is it that when little kids and marks talk to you, they never ask you about YOU, but ask about other wrestlers you work with?

Nah, I know my role.

20. Why do fans boo referees during the pre-camera ring introductions of refs, announcers, and commentators at TV tapings? I mean, what the Hell did you ever do to them?

I probably screwed their favorite, or their girlfriend.

21. What are the worst catcalls you ever had to endure?

The biggest insult I ever heard was a bunch of friends chanted “Billy Billy” at me at an indy. Referring to Silverman.

22. Have you ever seen Chris Jericho and Mongoose McQueen in the same place at the same time? Seriously, do you like Fozzy?

Its not my type of music but what I have heard I’ve liked.

23. Perry Saturn looked way more comfortable wearing that dress than any other man would’ve. Did you ever tease Perry for wearing a dress, or were you afraid of getting your ass beat?

I didn’t really think about it.

24. Did Rey or Juvi ever complain to you about Bischoff making them lose their masks?

They were very apprehensive about losing them but I don’t think it hurt their careers at all.

25. Why does HHH insist on making sure Chris Jericho never ever gets a top-level push in WWE?

26. Do you ever try to convince your brother Steve to dress and look exactly like you, so that WWE can hire you both and reprise the evil twin Hebner angle?

No but Herb Abram’s booker Lenny talked about doing it but it never materialized.

A. nWo Sting
B. Sting

I guess NWO Sting since he was kinda green, but I have nothing but respect for Steve Borden. He has been nothing but nice to me.

28. If wrestlers can barely make minimum wage on the indie scene, do the indie referees pretty much work for free or what?

Some do I guess but not me! Actually they get paid about the same as any loc guy.

A. WWF
B. WCW
C. The manufacturers of the black hair dye used by Eric Bischoff, Randy Savage, and Kevin Nash

30. Who was the worst ever special guest referee in history?

I would have to say Buster Douglas

31. And finally… If you were in Earl Hebner’s position and had a family to support and your career on the line, would you have gone through with the double-cross, knowing you’d lose your best friend?

Since I was never full time its hard to answer but I would probably be a company guy.

Scott gave us an honest interview. Thanks to Scott’s brother Steve (a major Armpit fan) for hooking us up with this interview. Be sure to check out Scott Dickinson on the indie scene, and tell him he’s cool for agreeing to do our “Pick My Brain.” 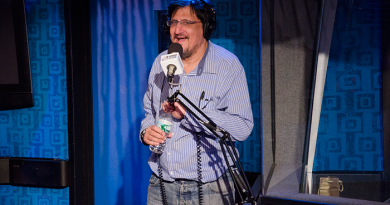 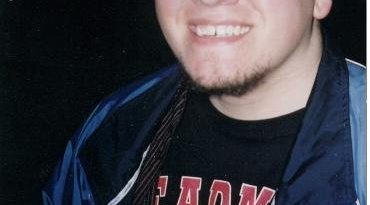 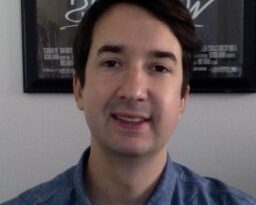