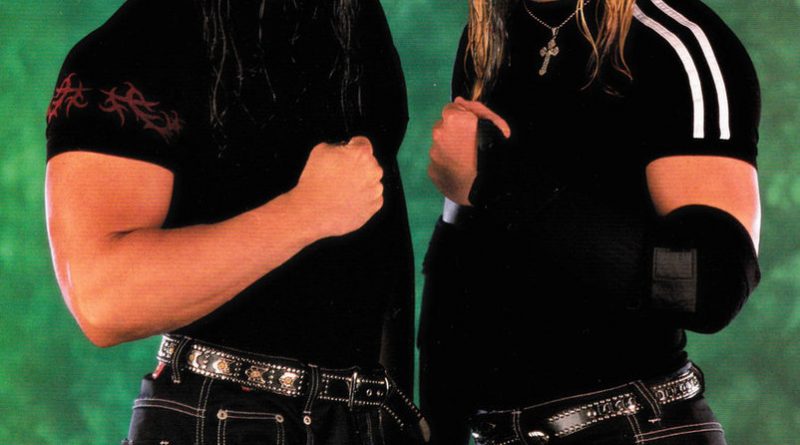 CHARLOTTE, NC — In light of the public love triangle this year in which Matt Hardy kicked Lita (Amy Dumas) out of his house over an affair with Edge (Adam Copeland), Hardy has gotten over the breakup by “Sleeping with anything that walks,” he reported Tuesday.

Hardy, who achieved major fame in WWE while tag teaming with brother Jeff, has been on the injured reserve list for the past several months.

His singles career appeared to be taking off under the booking direction of Paul Heyman in 2002, but then floundered after getting on the bad side of WWE talent relations executive John Laurinaitis.

Hardy asked to be transferred to the Raw roster, to be closer to then-girlfriend Lita.

But after the breakup with Lita, which was precipitated by an affair with Edge (formerly a close friend of the Hardys), Hardy went public with his feelings that touched many.

According to several close friends, Hardy was deeply hurt and felt betrayed by two of his closest friends.

“I started thinking, Hey, I’m Matt Hardy,” said the wrestler who refers to himself as “V1,” or “Version 1.”

“When my music hits, you can hear thousands of women screaming. I’m rich, I’m famous, and I’m handsome. Basically, I can pick and choose who I want. Why in the f*ck should I be sobbing over Lita? She hasn’t even looked good in a few years, to be honest with ya.”

Shane Helms, a close friend of Hardy’s who wrestles as the Hurricane, said he has been startled by the change in Matt.

“I’m like, Wowww!” exclaimed the light heavyweight. “I’ve seen wrestlers with hot women before, but Matt is just on a tear. He’s like Tommy Lee times 10. Every day, every night, every week, it’s fck fck f*ck. He’s a mean sex machine; always at it. He’s got a woman for every day of the week. They climb the house and come through the window, seemingly constantly. It’s like, Lita who??”

Hardy first dated Lita in 1999, just as his career took off. Because of that, he “Never had a chance to enjoy the fringe benefits of stardom,” he said.

“John Cena hit it big, and started sleeping with two, three, four women a night. Me? I hit it big and was stuck with Lita. She was cute and all, but it’s the same ass. I craved new ass, and wasn’t allowed to indulge in it.”

With Lita out of the way, now he can.

“And the ass is plentiful,” he said in between sex appointments. “The women felt sorry for me, and the more I appeared hurt, the more they tried to please me. So now I just fake crying, and they’ll do anything. It’s a super gimmick, definitely better than V1! (laughs)”

And with the time off to heal his injury, he has been able to enjoy the benefits without the demands of the job.

“Dare I say this is the greatest time of my life?” smiled Hardy, glowing with happiness.

“I’m getting paid to get laid. And I don’t even have to go to work. Look at Edge. That piece of feces might have Lita, but he’s breaking his body in ladder matches. He’s bumping every night. Me? I’m humping every night. You tell me whose life you’d rather have. It’s a good time to be Matt Hardy.”

The flood of women is so great that Hardy’s longtime friend, Shannon Moore, has been trying to share in the festivities.

“I just suffered a bad car accident myself,” said Moore via his cell phone. “So I can’t drive. Matt, he just sends his leftovers to me. They literally drive here, ride me, suck me off, and leave. That’s what I call physical rehab.”

As for brother Jeff? Hardy chuckles at the question.

“Hahaha, no. Jeff don’t need my help, that’s for sure,” explains Hardy. “Believe it or not, he gets even more poontang than I do, even now. He’s on the road, he’s in a band. Plus, he’s around Dusty, and Dusty pulls in all the chicks.”

In the meantime, Matt is in no hurry to return to the ring.

“This is what life is supposed to be about. This is my purpose in life: to bang ho’s. I feel rejuvenated,” expressed the ladder match legend.

And Edge? Hardy remains bitter, but his opinion is changing.

“At first, my reaction to (Edge) was ‘F*ck you!’ But now that I see this new life I’m living, and I wanna say to him, ‘Thank you!’ Thank you for taking that washed-up Cyndie Lauper wanna-be out of my life and paving the way for hot, fresh, young, new ass.” 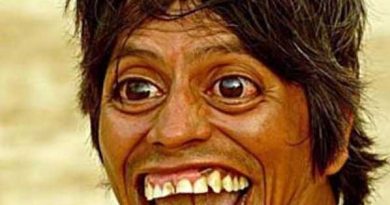 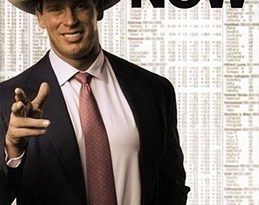 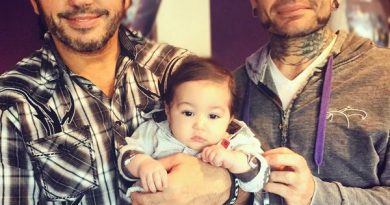