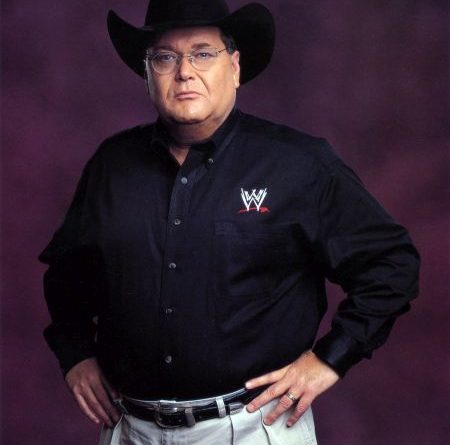 As you know, I am sitting here at home, having been fired (or “canned” as they say in my Corn Husk state of Oklahoma) by your company because of… well, I’m not quite sure why I was fired.

But that’s beside the point of this letter. While I was sitting at home watching my Boomer Sooners on TV, I flipped the channel and caught a glimpse of that wrestling show you produce: Monday Night Raw. In this episode, you proceeded to pull a bunch of large objects from my derriere, and further concluded that my “head” was up said derriere. I’m guessing this was your idea of a humorous skit designed to humiliate and embarrass yours truly.

For starters, you say I have my head up my ass. I find this rather ironic, given how you surround yourself with the biggest, most pouty-lipped, brown-nosing ass kissers I’ve ever seen on God’s green earth. In fact, I think it would be rather beneficial for the Armpit’s dear readers if I turned the tables. Yes, Vince, let’s see what Nurse Slobberknockers might just find if it were YOU bent over that operating table, and we were the ones pulling objects from your ever-muscular glutes:

Vince, you have a great talent in finding pathetic vermin to suck up to you and agree with every daggum word you say. If you ask Jerry to jump, he kisses your ass, asks “How high?” and then dives into your buttocks, where he seemingly gets lost in your rear flesh as you flex your butt muscles. Come to think of it, it wouldn’t surprise me if you clipped off Jerry’s fingernails and teeth, and then shot him straight up your bunghole with a steroid needle. That way, he’d squirm his way out, and the resulting sensation would give you warm, fuzzy feelings inside. Then you can shit him out in the toilet, where he belongs.

That’s from that time she kicked you in the ass after you bragged in that Playboy interview about all those sluts you slept with in the 80s. If you were the stud you say you are, you’d still be sleeping with those hussies. Instead, you’re whipped by that robotic monotone of hers, running to her side whenever she rings that bell with her scraggly dead-lady fingers. Genetic jackhammer? A feeble screwdriver with rusted steel is more like it (and make that a Phillips screwdriver, for Mel Phillips).

That’s one c*ck for every juror you bent over for during your steroid trial. Everyone knows you were guilty. Your wife, your kids, your dogs, and even you. Those jurors knew it, too. That’s why you let them rape you while you sucked off that man-beast attorney of yours, Laura Brevetti. The truth hurts, but not as much as that day when you let them violate you, 12 at a time. Pathetic.

My colleague, Jerry Lawler, lost his mind and quit in 2001 after you fired his sleazy wife. And the egotistical bum you are, you re-hired him… on the condition that he bury his toupee-ridden head and crown up your ass, for old times sake. How does it feel to be “royally” raped?

I heard that when Trips asked you for your daughter’s hand in marriage, he sucked your ass so hard he gave you an oral enema. It was so bad, he had to re-grow his facial hair so that it was noticeable enough to match Stephanie’s facial hair. The only reason he was able to marry her is that she is the only woman walking you haven’t banged yet. And I do mean YET, because Lord knows you still might make the attempt. You even insisted on sleeping with MY wife Jan as a pre-requisite to getting hired. Have you no scruples?

People think Pat Patterson retired, but the truth is that he simply donned a scuba diver’s mask and outfit and dove right through your ass cheeks. He hasn’t been seen since. He’s just in there, swimming around, living off your excrement. You sick, sick freaks.

You see Vince, I’m not scared of you anymore. The entire world thinks you’ve lost your mind, and it all started when you tried to fire me because you think I’m too old for TV. And then you got publicly humiliated when UFC announcer Mike Goldberg told you to take a hike and then announced for the Lingerie Bowl. AHAAAAAAAAAAAA!

What now, Vince? You were left looking the fool, and so you had to go and pretend you actually like and respect that shrimp Joey Styles. Well, I happen to like Joey. Joey hates your guts, just like I do, and just like everyone else does. But he sucks it up and kisses your ass, just like I used to. But he’ll learn, because once he turns 40 and you deem him too old (as if you and your haggard wife are fountains of youth, Vince??), he’ll be sitting here with me, writing bitter guest columns for the ‘Pit. It’s a sad, pathetic life we all lead. But not as pathetic as yours.

Face it, man. You’re bowling shoe ugly. Now you tell me: who had his head up his ass??

Disclaimer: Jim Ross didn’t really write this. The Armpit did. But we know it’s what Jim would say. 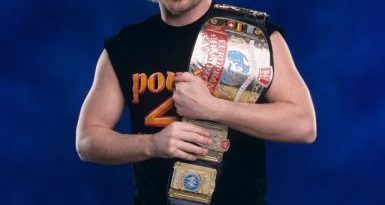 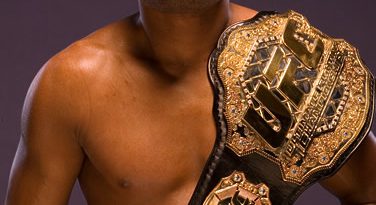