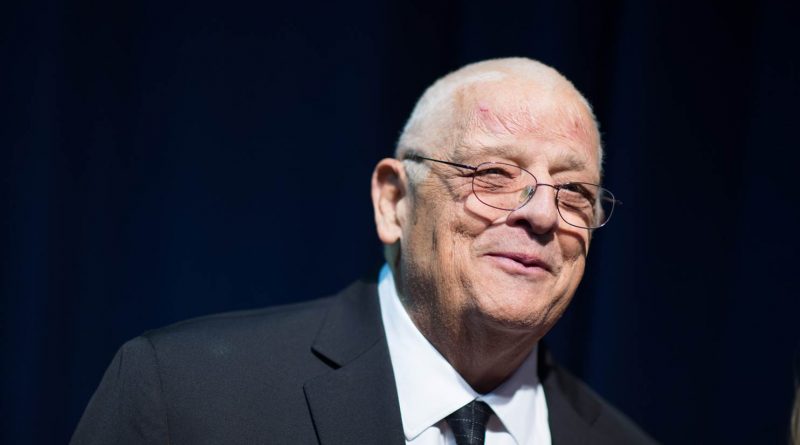 The legendary Dusty Rhodes now works for WWE as a creative writer. If you’re asking yourself why WWE would hire a man who helped put the NWA, WCW, and TNA out of business (or close to it), you’re not alone.

Luckily, we’ve secured an exclusive copy of the resume Dusty used in order to get hired. We think it’s a fair assessment of Dusty’s accomplishments, and we think you’ll agree, too.

OBJECTIVE
To turn your company around like I did for Jim Crockett Promotions.

-Won 4 games in a row, by disqualification.
-Led our team to victory at the Cotton Bowl, only to have the decision reversed the next morning on television.
-Wasn’t the best player, but all my teammates bumped for me and carried me to make me look really good.

-Formed heel tag team with Dick Murdoch and main evented territories everywhere.
-Carried Murdoch on the mic; Murdoch carried me in the ring.

-Drew so much money that I fooled people for 2 more decades that I was still a star in this business.
-Convinced people to pay to see me despite being one of the worst in-ring performers in history.
-In between calling spots with Kevin Sullivan, traded ideas with him on how to kill the NWA if it ever became big.
-Invented the phrases, “Funky like a monkey,” “In public if you will,” and “Son of a plumber.”

-Turned Jim Crockett Promotions into the #2 wrestling territory in the country. But wait, it gets better.
-Booked myself ahead of other, more deserving, babyface stars such as Magnum TA and Nikita Koloff.
-Latched on to younger, hipper stars like Sting and the Road Warriors. Who wouldn’t look cool teaming up with an overweight, out of shape, overage redneck?
-Overexposed Ric Flair on TV and was insanely jealous of his world title success. Booked myself in two Starrcade main events with him and ruined any chance of his having a good match.
-Single-handedly killed Chicago dead at Starrcade ’87 with my patented, “Dusty Finish.” All the fans came to see Hawk & Animal win the tag titles and they all left in utter frustration. That town was so ruined that it took many years and Dennis Rodman to build it up again.
-Totally deflated a silly angle in which I was jumped in the parking lot. While being hit with a baseball bat I screamed out, “Make it good!” The camera picked it up and everything.
-Had the mental acuity to give the NWA title to a bland, colorless Ron Garvin in 1987. Talk about alienating all the Flair fans. Garvin had such incredible charisma that I couldn’t resist.
-Set world record for babyface/heel turns in 1988. Luger, Windham… you name him, I turned him.

-Dressed in polka dots and adopted the gimmick of a blue-collar, minimum wage-earning plumber.
-Despite my humiliating gimmick and manager, my charisma allowed me to get much bigger pops than I should have. Having catchy entrance music didn’t hurt.
-By dancing in the ring before my matches, I was already half-winded by the time the bell rang. At least it was exercise, which was something I had never done.
-By not letting me near the creative team, Vince made one of the best decisions of his life.

-Retired as a wrestler, I came back to Turner after promising to turn them around.
-Succeeded with possibly the only good idea I’ve ever come up with: War Games. Even a blind squirrel captures a nut every once in awhile.
-Constantly pushed my son Dustin in 6-man main events on the Saturday TBS shows with the likes of Windham, Austin, Arn, Eaton, etc.
-Never pushed talented guys like Brian Pillman, Brad Armstrong, Bobby Eaton, & Terry Taylor. Preferred much more entertaining characters such as PN News, Van Hammer, Diamond Studd, & Vinnie Vegas.
-Lost some power to Bill Watts in ’92, but still managed to help him screw a lot of things up. Halloween Havoc ’92, baby!
-Set perhaps a career low in ’93, booking such charismatic stars as the Awesome Kongs, Sid Vicious, & The Cole Twins. Actually put the Cole Twins over Chris Benoit & Bobby Eaton, if you can believe that.
-Threw Paul Roma into the Horsemen at Slamboree ’93 in the most disappointing mystery partner angle ever.
-Lost tons of power in the mid to late ’90s. Ironically, the company was hugely profitable during that period. Go figure.
-Came back several times during the Bischoff era after convincing him I could turn things around. Boy, that sounds like a pattern. You’d think they have studied history and learned that I made my living putting them out of business.

-Feuded sporadically with Steve Corino in an attempt to turn him into a star. Hey don’t blame me for thinking Corino could be a star; that was Paul Heyman’s idea.
-Covered up for my lack of talent by slicing my forehead. Actually, I did that for most of my career.

-Became one of their most over stars… by default.
-Nearly lost my breath and passed out on live pay-per-view, and that’s with AJ Styles carrying me while I did nothing but twirl my finger in the air and throw pathetic elbows.
-Garnered numerous votes for “Worst Feud of the Year” with Vince Russo in an incredible waste of cable TV time (which the financial backers were paying thousands for, by the way) that eroded our once-impressive ratings on Fox Sports Net.
-Inspired Vince Russo and Dutch Mantel to keep the spirit of screwjob finishes, overpushed stiffs, underpushed talents, 20 matches a card, and killing business alive well into the 21st century.

-Manipulated my way to head writer of SmackDown and ECW, proving that as dumb as you think I am, Vince McMahon might even be dumber. Stephanie sure is.
-Got inducted into the WWE Hall of Fame in 2007. Was going to get inducted in 2005, but I declined because Hogan would’ve gotten all the attention, and my ego couldn’t take it.
-Brought back the mighty Big Van Vader, against Vince’s wishes. With my reputation on the line, a very heavy Vader did a run-in on Raw, and while leaving the ring, lost his balance and fell right on his ass.
-Brought back my son Goldust, against Vince’s wishes. With my reputation on the line, a very heavy Goldust got a golden opportunity to revitalize his career, and totally wasted it by no-showing and being unprofessional. I’m 0 for 2.
-Feuded with Randy Orton, turning him into a big star by putting him over strong on TV. This led to the WWE debut of yet another Rhodes family member, my son Cody Rhodes. Despite having my genetics, Cody is young, handsome, well built, and athletic. Scientists are currently searching for his mother, who they say must be the best looking woman on Earth if she was able to spawn a stud like Cody despite using my cursed, obese, disgusting sperm.

-Carved my forehead like a Thanksgiving turkey.
-Buried talented guys who I thought could never be stars… who then went on to become superstars elsewhere.
-Pushed stiffs that bombed everywhere they went.
-Frustrated crowds to the point they never came back for years.
-Never ever had a clean finish.
-Ended TV shows before the match ended while telling David Crockett to yell, “Tony, we gotta go!”
-Type 2 words per minute. Would be 4 if my fingers weren’t so fat.
-Computer illiterate. Well, illiterate in general.
-Rehashed numerous angles and gimmicks long after they were stale and proven failures.
-Can bullsh*t my way into and out of any situation possible. Hell, how do you think I lasted in this business so long? 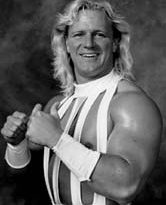 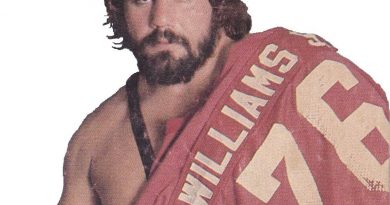 The Top 10 “Manliest” Wrestlers of All-Time 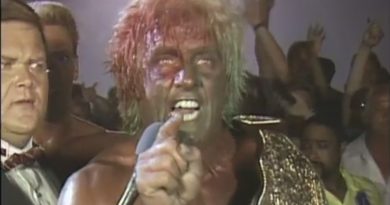