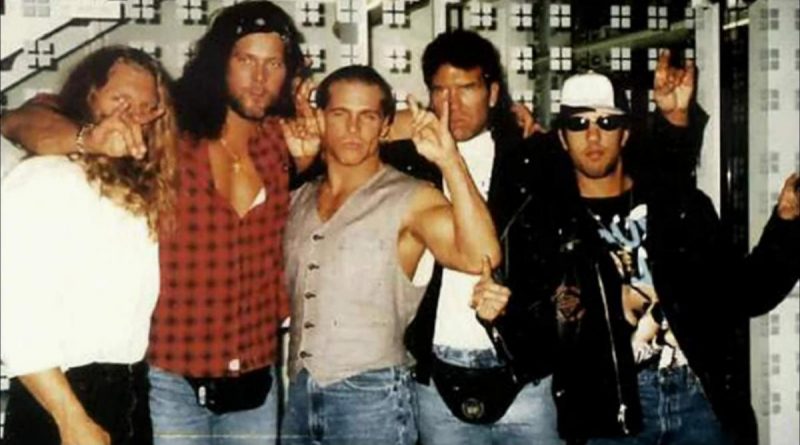 Those suckers up North, they met all my demands
Even though my run as champ saw arenas with empty stands
But I drew good money as founder of nWo
Doesn’t matter it happened damn near 5 years ago
I’m still Big Daddy Cool and I get what I want
I even got Scott Hall to not only drink but flaunt
X-Pac is here and HBK is back
A 2002 version of the nWo Wolf-pac
No one can beat me in the battle of wits
And if so, HBK will throw one of his fits
My knees are shot and I can’t work a lick
Flair can’t even carry me like he could a broomstick
If Benoit thinks he’ll get a push, then I have news for him
Just look at how many times in WCW he got a win
Don’t test my politics; I make Vince look weak
I’ve got 3 words for you: Bill Goldberg’s streak

I tore my quad, but now I’m back for good
I refuse to rest, though the doc says I should
Ever since my return, my pace has gotten slow
But I still move like Tiger Mask compared to the Big Show
I work all the boys like a lamb led to slaughter
I simply can’t lose by dating the boss’ daughter
I’ll nix all the gimmicks that might get over Brock
Now’s my chance to shine in the absence of the Rock
That guy named Jericho, he’s nowhere near ready yet
With me at the top, we’ll see how far he’ll get
With everyone I know, I’ll be as honest as I can
Except that little lie ’bout Scott Hall being a new man
I took advantage of my push, unlike that guy Lex
I studied tapes and trained, and made the cover of Flex
I’m a student of the business, just a wrestler in disguise
Who knows how to swindle and bury the new guys
I knew nothing of Montreal, I say with a straight face
But I can sure squash the talents whose boots I can’t lace
Those who know better often call me a phony
And if you think I’m not that way, just ask Joanie

Boy oh boy I blew my big chance
So messed up I couldn’t keep my stance
Even Stone Cold knew how long I would last
Went from PPV main eventer to social outcast
Big boy Kevin couldn’t save my job
They tossed me out & brought in the Big Slob
HBK is back, lookin’ trim and hoss
All because he confessed to the Bret double-cross
That should be me, back in the Kliq
Feuding with Booker and squashing Slick Ric
But Vince is the real fool, what a disgrace
For agreeing to hire my ass in the first place

So cool and calm, I’m back with a push
All it took was kissin’ Vince’s tush
They call me a hero for screwing evil Bret
Who won’t let it go or forgive and forget
I just did what was told, no if’s, and’s or but’s
It wasn’t my career that was stuck in a rut
I tried to play it cool, like I knew nothing of the plot
Then I took that Rumble bump and now my back is shot
As soon as I left, business boomed to the sky
Russo left WCW with debts a mile high
Now Vince is the only game in town
2 crews: one on Raw, one on SmackDown
My only choice is to go with the flow
Or work for the Jarretts for 10 bucks a show
The option is clear, nothing more can be said
Except to go on Confidential and proclaim HBK dead

Lightning Kid, 1-2-3 Kid, Syxx & X-Pac
By choosing my friends my career has been a cakewalk
Yes I have talent and I bump like a ping pong
And my methods of advancement are clearly not wrong
I’ll go on a streak where if I lose, I’m out
That wouldn’t be possible without Big Kev’s clout
I earned my spot, the others are just jealous
If they have a problem, why can’t they just tell us?
We’re easy to work with and do what we’re told
We can’t jump ship because soon they’ll all fold
I’ll stay right here and be a big hit
Unless the script changes, I’ll threaten to quit
I have true heel heat and the fans hate my guts
They say I suck and they call me a putz
But if they knew the real me, they’d all love me so
‘Cuz I learned it’s not what you know, it’s who you know 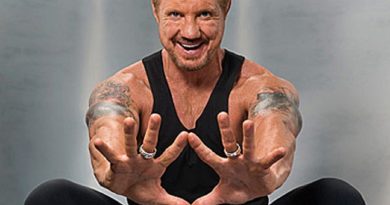 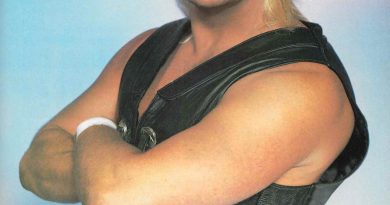 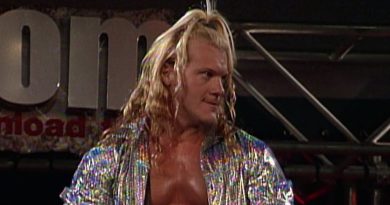