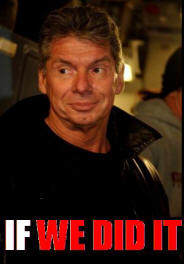 STAMFORD, CT — Following the success of OJ Simpson’s If I Did It book, in which he describes how he would’ve murdered Nicole Simpson and Ron Goldman, World Wrestling Entertainment (WWE) has just released If We Did It, a book describing how its wrestlers would use steroids if they in fact did them.

The book interviews several wrestlers on the WWE roster, as opposed to just focusing on one wrestler in particular.

The idea came from Vince McMahon, who authorized the book as a way to prove to the media that he and his company are free of any substance abuse problems, and how the Wellness Policy has successfully cleaned up all the wrestlers.

OJ-Simpson-If-I-Did-It vince-mcmahon“There is no way anyone on our roster is using, or has ever used, anabolic steroids,” said McMahon at a press conference Friday afternoon.

“But if we did, we’d tell you how we’d do it, and this book captures that.”

McMahon’s remarks contradict his own steroid use, which he admitted to under oath when he was indicted in 1994 by the Federal government.

Nevertheless, McMahon and his performers claimed the days of alleged drug use were from decades ago, and that today’s generation of stars is totally clean.

“It’s hard for me to imagine how I’d do it, but from what I hear, you can use needles,” wrote HHH in one of the book’s chapters.

“But such an action seems like a shortcut; something that cheaters do. And cheaters never win. I prefer doing things the old fashioned way, with good ol’ hard work and dedication.”

“Steroids? I’m not even sure what they are, to be honest with you,” writes Dave Batista on page 189. “For this book, I did some research on the internet, and it seems they’re some sort of pill or drug that makes your muscles bigger. I suppose that’s good, but then I read about the potential side effects, and got sick to my stomach. There’s no way, just no way at all, I’d ever consider using them. I prefer going natural.”

Asked how he has been able to remain huge and cut at nearly 40 years of age, with little bodyfat, Batista writes that it’s just training and hard work, along with good genetics.

But some wrestlers appeared far too knowledgeable about the subject in some of the book’s passages.

“It’s easy, I’d just claim an injury, and then go to a doctor and get a prescription for steroids,” wrote a very candid Ken Kennedy. “Then that would cover me if I got tested, because the policy permits steroid use if you have a prescription. Then I’d get off a cycle, at which point my testosterone levels would drop. Then I’d go to the doctor and just get on testosterone replacement therapy. Piece of cake.”

Kennedy’s process sounds eerily similar to what other wrestlers have privately told reporters they do to get away with taking steroids. It is also detailed enough to where it’s nearly impossible to believe he would know it unless he had done it himself.

However, Kennedy insists it was just a good guess. At the press conference, he told us, “I’m just speculating, of course. Maybe some of the guys in TNA do that, but not in WWE. We’re clean. Yes sir, we’re clean.”

Other wrestlers didn’t seem to get the memo that the book was supposed to be about how they WOULD use steroids, not how they do use steroids.

Booker T, who participated in the book before he left WWE, told a very revealing story to the book’s ghostwriter.

“It’s pretty simple, bro,” he said in a transcribed conversation that appears in the book. “I stack steroids with growth hormone, and it makes me look big and cut. I get a prescription by claiming a fake injury, and then I get it off the internet. All the wrestlers do it, and we talk about it all the time. Even the women. Everyone in the company is on something, and that’s the 100% truth.”

Apparently, Booker T, who has exhibited limited intelligence in the past, did not understand the purpose of the book.

One reporter asked McMahon about the passage, but he did not believe it was in the book. When he showed him, Vince’s eyes bugged out. He then composed himself, went into a corner, and ordered the immediate firing of the book’s ghostwriter and publisher. He later fired attorney Jerry McDevitt, whose attorneys were supposed to review the book for errors.

Linda McMahon then called an emergency meeting to discuss an immediate recall of the 100,000 books that had already gone to print and were shipped to book distributors across the country. The press conference was immediately wrapped up and reporters were told to go home.

Unfortunately, advance copies of the book had already been sent to some members of the press, including those in Congress. It is expected the passage will become a key piece of evidence in upcoming hearings on the subject of steroids in professional wrestling. 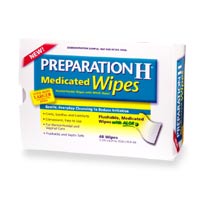 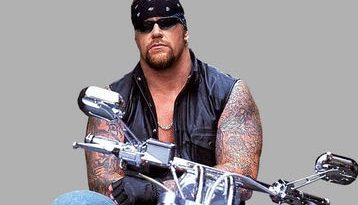 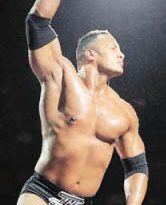