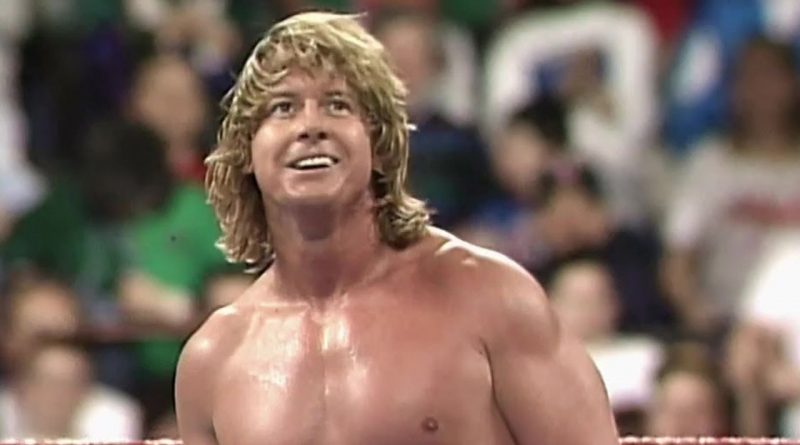 Perhaps there’s never been so much written about a fight in which so little happened, as the night Kevin Nash and Roddy Piper got into a backstage skirmish in Boston.

The incident received a lot of attention because it happened at the height of the Monday night wars, at a time WCW was solidly winning. It also received dual attention because on the same night, Shawn Michaels and Bret Hart were having their own backstage brawl (which was far more physical).

At the time in WCW, there were two different camps feuding with each other: the nWo camp (Kevin Nash, Scott Hall, Hulk Hogan, Sean Waltman, etc) and the Ric Flair camp (including Roddy Piper and Kevin Greene). At Slamboree ’97 in May in Charlotte, the main event was a 6-man tag featuring Hall, Nash, and Waltman against Flair, Piper, and Greene. Despite it being in Flair country, the Flair side was booked to lose.

This caused a problem with Piper, as he didn’t want his team losing, and had creative control in his contract allowing him to refuse losing the match. In addition, Greene didn’t want to turn heel on Flair in Charlotte, since that was his home base and where his NFL team was based and he’d be betraying a local legend. Flair also did not want Waltman in the match, thinking he wasn’t a big enough star.

The nWo side wanted Waltman in the match, as he was the worker of the team who could take big bumps and his offense was far more exciting and flashy. At one point the entire match was in jeopardy.

There had been heat on the nWo ever since they got over huge, in that they had a reputation for either not doing jobs, or for doing them unconvincingly. They wanted to make a point that they were more professional than the Flair side, so they agreed to lose. Not only would they lose, but it wouldn’t be Waltman doing the job, because that’s what everyone expected. Instead, a finish was worked out where all three members of the nWo got pinned at the same time.

And that’s what happened at Slamboree ’97. But there was still minor heat between the two sides.

WCW Monday Nitro was live on June 9 from the Fleet Center in Boston. It was the largest crowd and gate in the history of WCW up to that point. The main event was scheduled as Nash and Hall vs. Flair and Piper.

Before the match, the two teams met backstage to plan the layout. Nash and Hall said that whatever they do, they shouldn’t jumpstart it because then they’d have nowhere to go. So the plan was to get heat on Piper, leading to the hot tag to Flair, who would clean house and lead to a post match brawl.

When the match started, Piper appeared to abandon the plan and charged at the nWo from the start. Nash thought Piper was going into business for himself, and didn’t really sell for Piper’s offense. To make matters worse, Piper looked very bad in the ring. After all that, Piper called for the finish way too early, just halfway into a match that was scheduled for twelve minutes.

Because of the early finish, the post match brawl dragged way too long (to fill time) and looked bad. It was perhaps the worst match of the year up to that point, and Piper was receiving much of the blame.

When everyone went backstage, Piper was in Hogan’s dressing room saying how Nash wouldn’t sell and was being stiff with him. Nash heard about it, got upset, and came down to either Hogan’s or Piper’s dressing room. He kicked down the door, and shouted, “You think you’re running things around here??” More screaming and swearing ensued.

Piper’s bodyguard Craig Malley (you may remember him from the infamous awful segment Piper did on Nitro in March ’97 where he pretended to shoot with a bunch of guys nobody had ever heard of) got in between Nash and Piper. Nash almost went at it with Malley, but Nash was much bigger and apparently Malley backed down.

Piper stood up, and Nash pie-faced him. Basically he sort of an open hand palm blow, and shoved him against the wall. It wasn’t a punch or slap, but sort of in between.

Piper got up and immediately went for a leg sweep towards at Nash’s bad knee, but it didn’t quite connect. At this point Malley and Flair (who was there with Piper) broke things up before anything further happened. Other witnesses there were Hall, Waltman, Randy Savage, Hogan, and Eric Bischoff.

As Nash left the dressing room, he apparently shouted, “I’ll see you in Moline!” This was in reference to the WCW Great American Bash pay-per-view coming up on June 15 in Moline, IL in which Nash and Hall would go on to defeat Flair and Piper. WCW was hoping everyone would be professional enough so that the match wouldn’t be the disaster that the Nitro match was. That match did take place without any major problems, and afterwards Piper was put into a different program and kept away from Nash.

Nash and Piper gave shoot interviews years later, with Nash describing it mostly how it went down. Nash didn’t mention the leg sweep, but others there, including Nash’s friend Waltman, confirmed Piper did go for the kick. In Piper’s version, he denied Nash ever touched him, and that he leg swept Nash and threw him out of the room. Not one other witness said that happened, so it was either Piper not remembering things correctly or trying to save face. Nash said that after he shoved Piper down, he looked up at him and had a look on his face as if to say, “Oh sh*t, I’ve been telling people for 30 years how bad I am, and I just got shoved down.”

Piper is an old school wrestler from the territory days, and unquestionably in his day he was a tough street fighter. There are stories of him wailing on fans who got out of line, and he has legit boxing experience. When he would recount the story privately years later, he wanted to make it clear he wasn’t afraid of Nash, and that he had been in the ring with an angry Andre the Giant, and nothing was more terrifying than that.

However, the reality was Piper was already well past 40 by the time 1997 rolled around, and his body was already broken down from injuries, mainly to his hip. Nash was twice his size, much younger, and himself had a reputation as a tough guy from his days as a bouncer. Nobody would think any less of Piper if he backed down, or got really hurt, from a scuffle with the huge Nash. But that was Piper’s fear, and he didn’t want that word getting around (and it never did).

While Nash has been accused of being a bully at times, and very unprofessional at others, this was a case where Piper got the blame. For whatever reason, he didn’t work the match as planned, and it ruined the match. Nash was never a top worker, but the match falling apart was solely due to Piper. You can blame Nash for becoming aggressive backstage, and he did lay his hands on Piper first, but the way he described it, Piper got up and he thought he was going to charge him. Nash’s pie-face was also relatively harmless compared to what he could’ve done. Most likely Nash had too much respect for Piper’s age and physical condition to inflict any serious damage.

Most everyone thought this incident was long gone, but it came back to light in a major way in April 2014. Piper at this point had a popular podcast on the Podcast One network, and brought up the fight in one of the episodes. He said Nash lied and that his group was running “rough shod” and felt they knew the business better than those running the company. Piper acknowledged the match sucked, but blamed it on Nash not knowing how to work, but said he may be a “Good basketball player, maybe.”

Piper then told his version of the story, noted above. Nash didn’t have a podcast, so he took to Twitter. He posted the following tweets, which we’ve included as is, including scores of spelling and grammatical errors:

“Don’t degrade your status with such language! There’s kids on here! Have some class! Your welcome on my Pod-Cast!”

“Set it up. Follow me we’ll exchange numbers. There’s a whole lot more for you to worry about on Twitter than bad LANGUAGE.”

“Don’t degade your status with stories of you ever standing up to me. Your the coward. Saw it in you eyes when I smacked you.”

Waltman, a witness to the altercation, also took to Twitter and said:

The day after Nash’s tweets, he ended up talking on the phone with Piper. Nash said they both remembered the incident very differently, and claimed he told Piper to ask the other witnesses, to which he agreed to do. Those close to both said Piper was very upset about the Twitter war, and that they couldn’t believe the war of words online got so out of hand. With both of them realizing how bad they were coming off, they decided to make money off it by charging money to hear the real story.

That was the end of it and Nash never appeared on Piper’s podcast, as he soon quit. Not long after, Piper passed away. In Piper’s death, his storied career and legendary interviews overshadowed anything having to do with his heat with Nash, as they rightly should have. Piper has been in a ton of fights, won the vast majority of them, and it’s unfortunate he felt this story tarnished the tough guy reputation he was so proud of having. Even fans and friends of Nash will never question how tough Piper was, no matter how things went down that night in Boston. 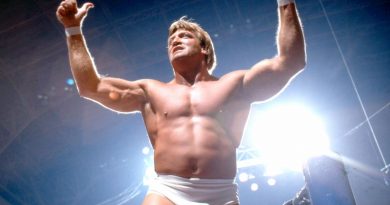 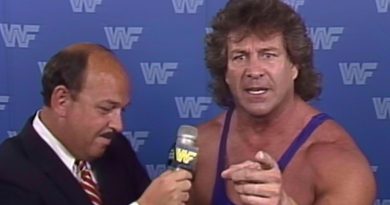 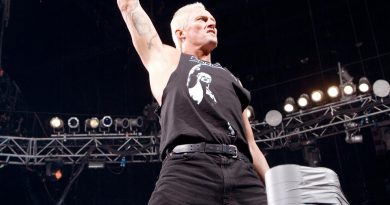