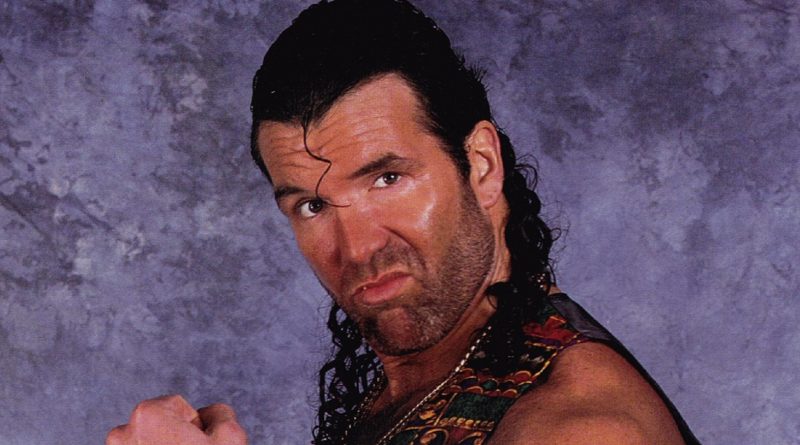 Scott Hall and Marty Jannetty were both in the Central States territory in late 1985, which was the Kansas City territory run by Bob Geigel. Hall was a heel while Jannetty was one of the top babyfaces. Jannetty didn’t team up with Michaels at first, but they did first get paired together in this territory, and stayed together as a team for years.

Jannetty is a notorious wild man, known for partying hard and having his share of women. Michaels was right there with him, but not quite at Marty’s level when it came to partying. Few were. Jannetty would often owe money instead of making money on shows, because he’d do so much damage that there were significant hotel charges the office had to pay for. Another guy they partied with was David “DJ” Peterson, a fellow wrestler with Central States who passed away in 1993.

On one particularly wild night, he rented a room with DJ and they invited several women. The next day, he was so hungover that he was passed out on a table in the dressing room at the next show.

Meanwhile, Scott Hall had just arrived to the territory and was teaming with Danny Spivey. The two were very tall and very tough, and while Hall would later develop a reputation as an alcoholic far more than Jannetty ever was, he wasn’t drinking at the time.

DJ had checked into the room under Hall’s name, as DJ wasn’t as well known in the area, and using Hall’s name allowed him to get a discount on the room rate. Unfortunately, DJ and Jannetty trashed the room as usual. When the hotel came after the promotion for the charges, the office confronted Hall about it since the room was under his name. Hall was clean and denied it, furious about the false accusation. When Hall inquired about who had used his name without his permission, Bulldog Brown (the booker of the territory) told him it was Jannetty.

Hall asked Brown if he’d get fired if he slapped Marty around a bit, and Brown shook his head slowly and said No. Hall liked Marty, but felt betrayed by him and his feelings were hurt by what he thought Marty did. On the next show, Hall wore old clothes and cowboy boots, knowing there would be trouble and he didn’t want blood stains on his good clothes. All day he had been visualizing beating Marty’s face in.

He got to the show and looked for Jannetty in the babyface locker room. He found him… asleep on the table. As noted earlier, he was passed out from a night of partying at the hotel with Michaels and DJ.

Hall didn’t care. He went over to Jannetty and did everything he had visualized doing. He proceeded to beat the Hell out of him, and according to Hall, “I fight dirty.” Marty was passed out during most of this, and when he finally came to, he saw Hall screaming and going crazy before finally walking back to the heel locker room.

As Hall walked back, he was still in a rage. Harley Race called him over, and Hall shot back with, “You talking to me, Harley??” Race told him to calm down, and helped reset the knuckle that Hall had jammed into his finger as he was pounding away on Jannetty.

Race told him the next time he does something like that, to do it after the show because now Jannetty wouldn’t be able to work the show tonight. Hall figured he was going to be fired for sure, as Marty was one of their top faces and he had just pummeled him.

Jannetty, who had a split lip from the beating, reached for a pipe and went looking for Hall. While Hall was a huge man and certainly tough, Jannetty had a background in both amateur wrestling and Golden Gloves boxing. He had several fistfights over the years with Michaels, and won all of them. That isn’t to say Jannetty would beat Hall in a fair fight (Hall was seven inches taller and probably 50 pounds heavier), but it would’ve been closer than most would think.

Geigel and Brown, who now had to find a replacement for Marty on the card, grabbed him and held him back before taking him to the hospital. The following night, in St. Louis, Jannetty found Hall and asked him if he wanted to go another round. At this point, Hall was calm. He put his arm around Marty and told him that he was wrong in thinking he had used his name at the hotel. He now knew it was DJ who did it, not Marty. He also told Marty that he heard he used his name for the sole purpose of destroying the room intentionally, in order to get Hall fired.

Marty was fuming, and asked Hall who told him that. Hall told him it was Brown.

Jannetty was understandably pissed. He kicked and slammed several doors looking for Brown. Jannetty had to know his career would be toast if he hurt Brown, since he was the booker, but he was so enraged that he didn’t care. Luckily Race saw Jannetty and pulled him aside. He asked what was wrong, and when Jannetty told him the story, he told him he’d take care of it. But he never did.

Jannetty said he never had a problem with Hall after that, but the beating he took was hard to forget. Hopefully Hall apologized to him, and it’s unknown if Hall (or the office) punished DJ for using Hall’s name. Marty was framed and could’ve suffered serious damage, as he was in no condition to defend himself, and Hall is a huge, powerful man who was in a state of rage. He could’ve easily sued Hall, or the promotion for that matter. Brown, DJ, and Hall all should’ve been heavily reprimanded.

In the end, Jannetty became a superstar who was able to make a living for years based on his fame with the Rockers tag team with Shawn Michaels, even to this day. Hall became a mega star and made a fortune in both the WWF and WCW, although his personal problems kept him from achieving even more, and almost killed him at several points. As noted, DJ passed away at a very young age. Brown also passed away just as Hall was at his peak with the nWo in 1997. 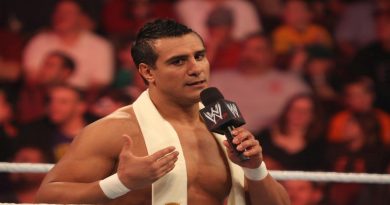 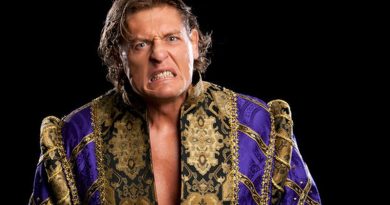 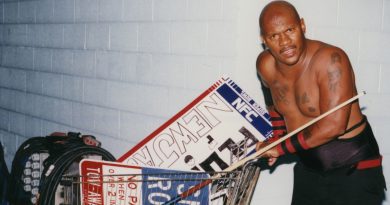