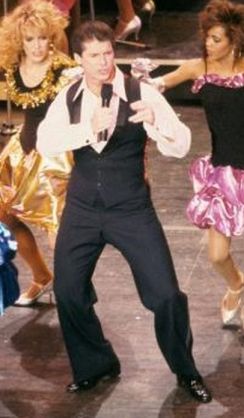 Kelly Kelly was an absolutely gorgeous WWE Diva who went onto become a valet, wrestler, ring announcer, and even a referee. Problem was, she couldn’t dance to save her life. So Vince McMahon decided to teach her how.

Back in the mid 2000s, WWE was still a company that hired very much on looks. Before the Chris Benoit tragedy, steroid use was still significant even though testing was in place. And the Divas (still called that) they hired were still models with little to no wrestling background. It was Vince’s call, and he only wanted “10s” no matter how little talent, charisma, or ability they had to connect with the crowd.

One of those models was Kelly Kelly (Barbara Blank), signed in 2006 when she was still just a teenager. WWE had discovered her through her modeling agency, and signed her to a contract after a tryout in OVW where it was clear she had no experience. She did watch some wrestling growing up, yet never really pursued it as a career. It was WWE who pursued her.

At the time, WWE was launching their own brand of ECW, which was later termed “WWECW” because it bore very little resemblance to the elements of the original ECW that had helped it gain such a large, rabid cult following. WWE’s decision to bring ECW back was based on the successful “ECW One Night Stand” PPV they had done in 2005, along with heavy lobbying by Paul Heyman. A second ECW One Night Stand PPV was done in 2006, though the decision to bring the brand back full-time was made long before that.

ECW would get its own TV show on the SciFi network, which was part of the problem because the network wanted more science fiction based characters and storylines. Such gimmickry was theoretically everything ECW stood against, and indeed it ended up being an awkward pairing. Not that it mattered, because what doomed WWECW wasn’t the network, but Vince McMahon’s fingerprints all over the show to the point Paul Heyman (who was to manage the brand) had very little power. He’d have input, but Vince had to approve everything, and he always made changes for the worse.

Two days following the 2006 ECW One Night Stand, the ECW TV show debuted on SciFi, and was universally panned. While the show had some ECW regulars from the 90s, it also featured green wrestlers from developmental that were sent there to get experience. It was a good idea in theory, but ECW was not the place to make into a developmental territory. Such a theory would’ve been better served for what it eventually became, which was FCW and later NXT. For ECW, it would’ve been better off with the originals and a select group of the top indie talent at the time, which Heyman could mold into his own like he used to.

One of the green rookies just signed for ECW was Kelly Kelly. With just weeks after she had signed, she was placed on ECW television and had to basically learn on the job. While Vince McMahon rightfully deserves blame for hiring Kelly strictly on their looks (and in his defense, some Divas in the 90s Attitude Era like Sable got over huge just based on their looks), it was Heyman was a huge supporter of hers and pushed for her to be part of the brand.

Heyman was very vocal in his support for Kelly. As Bruce Prichard told the story, Heyman was “infatuated” with her. Heyman had gotten women over before who were nowhere near as attractive, and every bit as inexperienced. He thought he knew how to get people over by masking their weaknesses. Again, the problem was that Heyman didn’t have full control over the show. That would be Vince.

Kelly Kelly was sent out there to do a striptease, which may have stemmed from an incident in ECW. In the 1990s there was a long delay at an ECW Arena show one time, so Heyman sent out the sexy Kimona Wanaleia to do a striptease for the crowd. It worked and the crowd reacted well, even though Kimona didn’t really know what to do.

Heyman’s plan was to make Kelly a valet for Mike Knox, a guy Heyman was really high on for reasons nobody could really understand why. Knox was a solid in-ring performer, but nobody that many others saw superstar potential in.

To introduce her to the audience, Kelly did her dancing strip tease. Even though Kelly had a background in cheerleading, she was not a good dancer. It was bad enough that it was brought up after the show.

And then, like a cowboy at a bar straight out of the Old West, Vince McMahon raised his head, began to smile, widened his eyes and said in that distinct gravelly voice of his, “I’LL teach her how to dance!”

Yes, the man who brought us the infamous “Stand Back” performance at the 1987 Slammy Awards, and who couldn’t dance himself, was going to teach a 19-year-old cheerleader model how to dance.

So not long after that first ECW TV show, Kelly came down to Vince’s office. Vince and Bruce Prichard (the former Brother Love, of all people) then spent the afternoon with her teaching her how to… dance.

The visual is hilarious. Kelly stood on one of those plastic chairs, and Vince and Bruce surrounded her in case she fell. Vince took off his coat, demonstrated for her what to do, and began shouting in that classic Vince voice:

“You gotta MOVE!! You gotta GROOVE!!
FEEL the music, come on baby! Feel the music! Like THIS!
Yeah! Shake it, shake it, just like that!!”

This went on for hours. If only WWE had recorded this and aired it, ECW would’ve been a smashing success. It sounds far more entertaining than anything WWECW ever aired.

Kelly’s dancing somewhat improved, and she got a weekly segment on ECW called “Kelly’s Expose.” Mike Knox would then come out and pull her away to get heat, and the two began an on-air romance (strictly on-air, as off the air Kelly began dating noted womanizer Andrew “Test” Martin).

Kelly continued working OVW shows during her time in ECW, which furthered her training. She did a variety of roles for them, and later in 2006 made her in-ring debut. She was worked into several ECW storylines, including one with top new indie star CM Punk. Punk eventually became a huge star with WWE, although he had to overcome a lot. Heyman was a huge supporter of his as well, which worked against him in the beginning, and later worked in his favor as he adjusted to the WWE style and Heyman later became his manager after a falling out with the company.

Kelly survived long after ECW crashed and burned. She made it to the main WWE roster and had a run as the Divas champion. She lasted about six years with the company before taking time off to heal some injuries. She no longer wrestles with WWE, but is still affiliated with the company and will perhaps be part of the upcoming women’s tournament in some capacity. The two other men Heyman was most high on (Mike Knox and Kevin “Mordecai” Fertig) never got much of a chance with the company after ECW dissolved, and really no one else did either except CM Punk.

This is one of our favorite Vince stories ever, and one in which our imaginations of how he and Bruce Prichard managed to somehow give a “dance lesson” can truly run wild. Oh my. 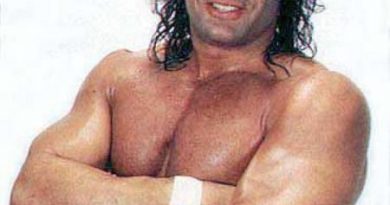 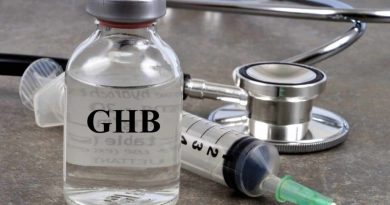 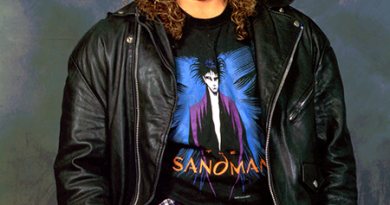