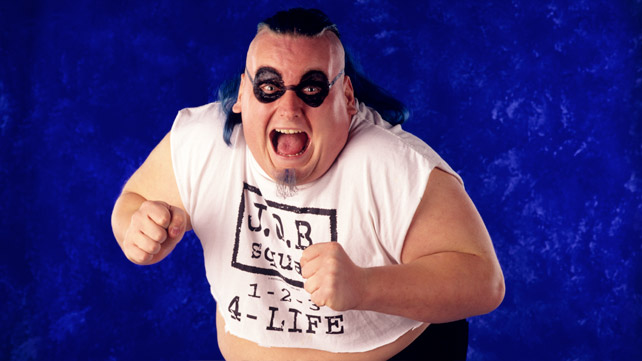 Well, one half of a brain, anyway.

Blue Meanie only answered half the questions, because his email cut off the last questions. We sent them to him again (twice) but he never got back to us. Maybe he will some day, and if he ever does, we’ll be sure to post ’em.

It’s also appropriate he did half the Q’s, because Meanie is half the size he used to be. Meanie is online everywhere, and also a big metal fan. What better interview subject for this site?

This is a short one, but hey, enjoy anyway.

1. You’re involved in lots of websites and ventures, so please use this opportunity to promote anything and everything. Don’t be shy.

When I am not doing Indies, myself along with Jasmin and Tod Gordon run 3PW (Pro Pain Pro Wrestling) in Philadelphia, PA. You can check us out at www.3PWrestling.com.

2. Now that XPW has apparently signed an exclusive list with the old ECW Arena (Viking Hall), where will 3PW run shows in Philadelphia? Or will you just wait until XPW goes out of business, figuring that day will come soon?

We are talking to a few places. That’s even if the lease even goes through. 3PW and CZW had an offer to lease the Viking Hall but it wouldn’t have made any sense financially.

3. Dating back to 1994 when the business was even more in the shitter than it is now, ECW regularly sold out 1000+ seats at ECW Arena. Today, in 2002, people are lucky to draw half that many fans in that building. Why do you think that is?

Yea but ECW didn’t sell the ECW arena out the first time either. Their attendance grew over the course of a year or so. CZW has been there a year and draw well. 3PW started as a company last February and draw between 500-600 with no TV show whatsoever.

4. Let’s be frank. You lost a ton of weight, which is good. But you also cut your hair, which is bad. After all, you’re an old-school rocker, yet some say you have the hairstyle of your average alterna-wimp pansy band. After seeing how short hair has zapped the charisma of guys like Test, Billy Gunn, Undertaker, Big Show, etc., why did you decide to crop your long locks?

You can be Franks but I’ll stick with being Meanie. The hair was fun but was dyeing from the constant bleaching and dying of it. It would come out in clumps. I may grow it back one day. Who knows.

5. How did it feel being told by Jim Ross to lose weight, who himself is 100 pounds overweight? Not to mention WWE is pushing fat guys like Big Show, Rikishi, and Albert. What sort of message does this send the up-and-coming guys?

Definitely a mixed message. As they saying goes “Do as I say, not as I do.”

6. You’re at a bar, and Bill DeMott is arguing with a rejected contestant from Tough Enough. Bill tells him he can’t get in the business without doing things like running 10 miles, doing 200 pushups, and biking uphill. The contestant then shows Bill a picture of you when you were at your heaviest, and says Blue Meanie couldn’t do those drills, and yet he’s a star. Bill looks stumped for a comeback to that argument. What would you step in and say?

LOL actually I could do drills. When I came out of Al’s school I was in decent shape. I’m more of fly on the wall when it comes to this so I would just hang in the shadows and watch lol.

7. You’re into metal, so let’s find out which bands you like. Here’s a list, please tell us whether they’re great, whether they suck, or if they’re so-so.

Van Halen: I love VH with both Sammy and Dave. I’m more of an Eddie fan than anything. Best Dave cd is “Fair Warning.” Best Sammy has to be F.U.C.K. They best with Gary is……..eh nevermind!

KISS: Never really got into KISS. I liked some of their singles

Metallica: Great up until the Black Album. After that it went in the shitter. You know the apocalypse is near when Metallica is doing songs with Ja’ Rule. *HEEEEEVE*

Aerosmith: I just saw them last night in Philly. TREMENDOUS show!! The best part were people who looked stumped when they played the older stuff lol

Def Leppard: British Mullets. Like them up until Slang.

Judas Priest: They were ok. Jasmin turned me onto some of their older stuff.

Iron Maiden: I am growing to like them more. Bruce Dickenson is a tremendous singer!!

White Lion: Van Halen Jr. I like them a lot.

Fozzy: Chris surprised me on this album. I’d love to hear more of their originals.

8. You have a fascination with mullets, as seen by your posts on WrestlingClassics.com. I gotta say… what’s so bad about the mullet? It’s certainly cooler looking than the Chief Morley or Jamie Noble cuts. When I think of charismatic, larger than life stars, I think of the 80s Michael Hayes’s, the Ric Flairs, the Barry Windhams, the David Lee Roths, the Nikki Sixx’s, and the Ozzy’s. You don’t see Ozzy or DLR going around with Big Show haircuts, because it just doesn’t look cool. Tell us, why does the mullet get such a bad rap?

I never knocked the power of the mullet. We’ve all had the soccer rocker at one time or the other. Just some people are in mullet denial.

9. If this were 10 years ago, but the business was globally in bad a shape as it is now, would you still try to get in the business, or would you get into an industry that had more opportunity, like, well, everything else?

I still loved wrestling even when it wasn’t cool to like. When i was training the biz was stilll in it’s slump. If this didn’t work I would have done something in the printing/design business.

10. Which gimmicks do you prefer:

11. How bad were Vince Russo’s scripts before Vince McMahon edited them?

I never got to read them.

To be continued?? We’ll see. 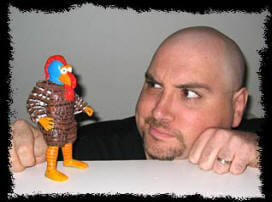 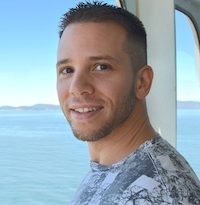 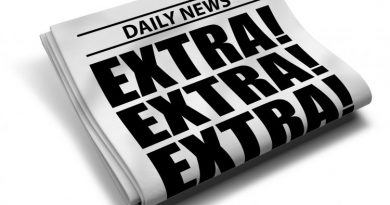