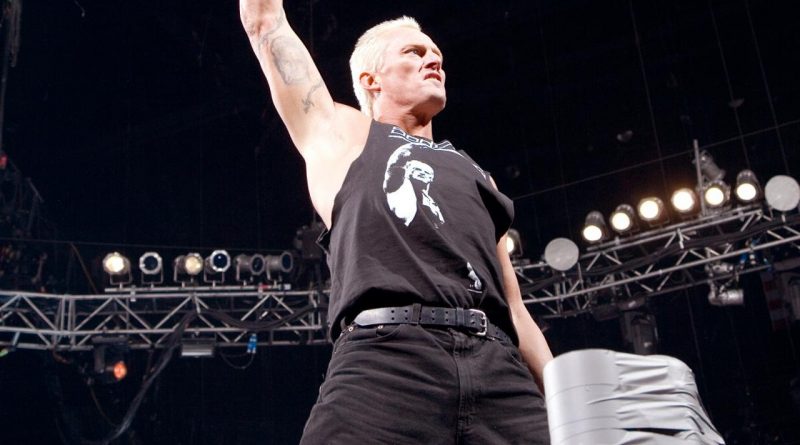 Florida has always been one of ECW’s stronger markets, long before they got on the MSG or TNN networks, thanks to their exposure on the Sunshine network. When they first got on TV there, the Sandman was the company’s most popular star. And part of his appeal was the beer drinking gimmick he was doing long before Steve Austin did.

And like with Austin, it wasn’t really a gimmick, but his real persona.

Sandman was notorious for wrestling drunk, and as long as he never seriously injured anyone, nothing was ever done about it. Until Pensacola.

ECW wrestler Jack Victory was involved in promoting a rare show in Pensacola, FL. It was imperative to him and the company that the show do well enough so that it could become a regular stop for the promotion. The company’s staunch supporters like Tommy Dreamer and Raven all took it very seriously.

Sandman, on the other hand, was more inebriated than anyone had ever seen him.

His antics started before the show even started, as he was already loaded by the time he showed up to the venue. As Paul Heyman gave a speech to the locker room before the show saying how important it was, Sandman was already being annoying. Prior to his match, he pulled a Ric Flair and removed his clothes, walking around fully naked. He took Dawn Marie’s hair brush and proceeded to comb his pubic hair with it. Afer that, he got ahold of the Musketeer’s sword and pretend to probe himself in the butt with it. The more time that passed, the more drunk he became.

The main event was an 8-man tag team match, pitting Sandman with Raven, Tommy Dreamer, and Tajiri against Jack Victory, Steve Corino, Rhino, and Scotty Anton. Sandman came out last, and nearly passed out on the way to the ring. He finally stumbled his way through the ropes, and as soon as he did, started hitting his opponents with stiff cane shots.

The show had been very good up to that point, but this was the among the worst matches anyone had ever seen. And it was entirely due to Sandman being incoherent and in no condition to perform. Everyone in the ring was visibly furious with him. At one point he took the microphone, held up his cane, and said, “This is my big cane, and this is my little cane,” pointing to his crotch. He also said the reason Raven is so miserable is that he’s been sober for 34 straight days. After all that, he dropped his pants and exposed his penis for all the crowd to see.

Dreamer freaked out and tried to cover him with his hand, as Sandman stayed on the mic saying he was going to do here what he did backstage (where, as mentioned, he was walking around naked messing with people’s stuff). While cell phones were popular back then, this was before the era of smart phones equipped with HD cameras, otherwise this would’ve been a YouTube hit that would’ve badly embarrassed him and the company. But in mid 2000, it was an isolated house show that received little play outside the internet and newsletter wrestling world.

Tajiri tried to pull Sandman’s pants up, and Sandman later tried pulling Jazz into the ring against her will. Fans cheered at first, and it was described as funny, but later it was clear everyone was pissed and it became embarrassing. Corino apologized to ringside fans, saying this wasn’t planned and that ECW probably wouldn’t be coming back.

As expected, chaos ensued backstage after the match. Dreamer in particular was furious, and briefly traded blows with Sandman before it was quickly broken up. Heyman screamed “What the f*ck were you thinking!” at him, and then shouted at referee Bill Alfonso to get a car and have him removed from the building, but he ended up staying. The heels in the tag match were complaining not just about the stiff cane shots, but about the drunken behavior that would likely kill return business in the city.

Sandman then met with Heyman in the restroom, which was described as extremely tiny. Victory was especially upset, as noted, because he promoted the show and Sandman had single handedly ruined it. In exchange for the stiff cane shots, Victory reached over Heyman (who was trying to separate them) and nailed Sandman with a forearm. Sandman responded with a finger poke to the eyes. Not to be outdone, Victory grabbed Sandman by the ears and delivered a series of four quick headbutts.

Sal Graziano, who was huge, ran into the tiny room and got between them. Because of Graziano’s size, and because of the tiny bathroom, Heyman was forced onto the toilet seat. Graziano shouted “Fight’s over!” and everyone calmed down. Victory’s eyes were swollen from the poke, and Sandman was bleeding from the headbutts.

Not long after the scuffle, Sandman and Victory were joking about it. Heyman ended up suspending Sandman for a week or two, along with fining him. Heyman wisely used the fine money, and the money he would’ve paid Sandman for the missed shows, and re-invested it into promoting the next PPV. Sandman was said to be apologetic and willing to accept any disciplinary action. Return business wasn’t really a concern since ECW was out of business 8 months later anyway. 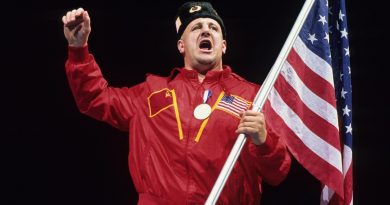 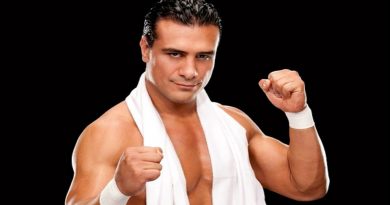